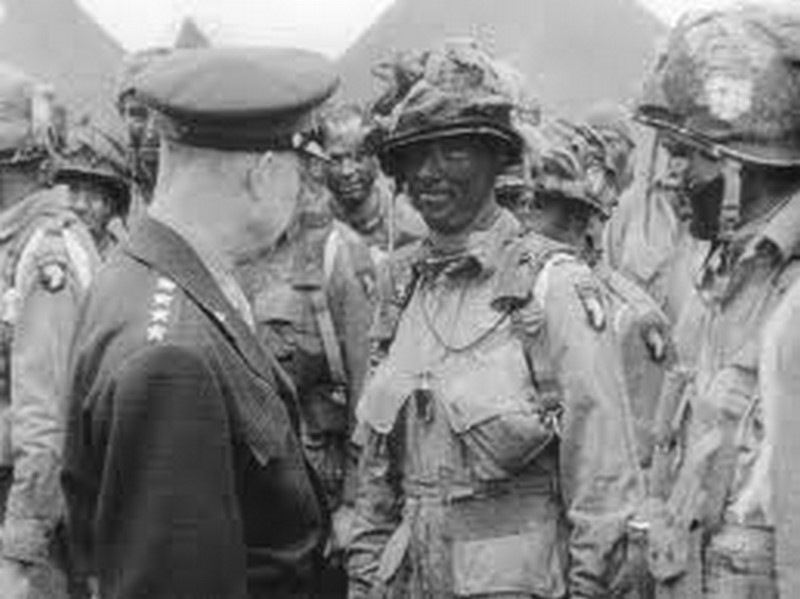 Ste Mere Eglise was one of the first towns liberated on D-day by paratroopers of the 505th Regiment, 82nd Airborne. It is a strategic crossroads town inland from the Utah beach landings. A local market town fought over heavily during the first few days of the D-day landings. Hear the stories about the miss-drops , the capture and defence. One can visit the famous church, view the stained glass window in honour of their liberators. Visit the D-day and Airborne monuments.

Optional visit to Airborne museum in Ste Mere Eglise, not included in price.

La Fiere as small bridge crossing over the flooded Merderet river with a causeway leading across the floodplain. A pivotal crossing west of Ste Mere Eglise , for German counteracts and for the American to secure to breakout of the beachhead and advance upon Cherbourg.The three days of heavy combat lead to heavy casualties for both sides. One of the finest actions fought in WW11. Described as the worst fight the 82nd Airborne fought in WW11.There are many monuments to 82nd Airborne, including the Iron Mike statue.

Cauquigny. On the west bank of the Merderet .The 1st Battalion 325th Glider Regiment ,82nd AB have crossed the flooded Merderet fought for their lives on the west bank . Pte Charles DeGlopper sacrificed himself to save his comrades. Posthumously received the Medal of Honour
Bocage Hedgerow Tour. We drive through hedgrerow countryside. I will explain the history of the hedgerow , the problems it caused the Allies and Germans. How it was defended and how the Americans solved their problems.

Beuzeville au Plain. Garrisoned by the Germans , Sees heavy fighting for the Chateau in the first few days. Crash site of Lt Meehan’s C47 of the 439 TCG. The missing commander of Easy Company 506th PIR . There is a beautiful monument here.

Angoville au Plain. A small farming village on the southern flank of the 101st Airborne landings. The church being used as an aid station for American and German paratroopers while battles between 501st Regiment and FJR 6 raged in the surrounding countryside.