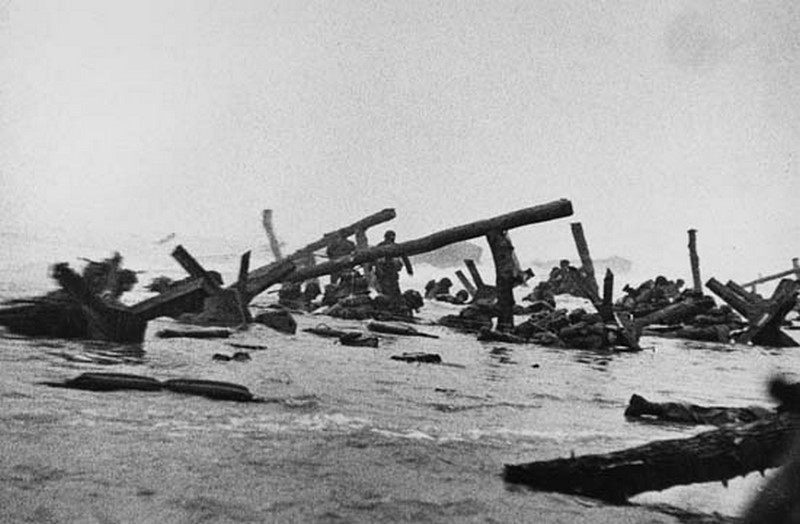 German cemtery La Cambe. The largest of the German cemeteries in Normandy. A very somber and meaningful site. The final resting place of over 21,000 German servicemen.

Grandcamp Maisey. On the 8th June 1944 the 3rd Battalion 116th Regiment , 29th Division was pinned down as they approached Grandcamp from Pointe du Hoc. The single handled action of Sgt Frank Peregory rescued his men by capturing the German defences guarding the entrance to the town , along with 38 prisoners. Posthumously awarded the Medal of Honour.

Pointe Duc Hoc, 2/1260. One of D-days most dangerous assaults. Hear how the 2nd Ranger Battalion scaled the cliffs to assault the German gun battery and capture the important road , secure the western flank of the Allied landings in Calvados. This is one of Normandy’s most spectacular sites with many German bunkers and the only truly cratered landscape along the D-day landing sites.

Lunch stop
Omaha Beach . Start at the D1 exit , Dog Green . Defended by positions wn71, wn 72, wn 73. This part of the beach produced the heaviest casualties . Hear what happened and how they overcome the German defenders. Drive along Omaha to Easy Red/ Fox Green sections . Learn about how the 1st Infantry Division assaulted their beach sectors . Visit WN 62 ,overlooking the E3 exit, stand on the ground above Omaha beach , view from the German defences . The views and geography are breathtaking.

American Cemetery. Overlooking Omaha beach, it is a truly humbling experience to walk amongst the 9387 graves of American servicemen and women who gave their lives during the Normandy campaign. Beautifully laid out in 172 acres with the American visitor centre .The perfect ending to a days tour.